Our Story - "Rising From The Ashes"

(Or, “What We Did When We Were Dumped After 25 Years in Corporate America”)

Pete Zdanis was born in Michigan City, Indiana and raised in New Buffalo, Michigan, in the very southwest corner of the Great Lake State. In high school, he was the president of the National Honor Society and was the Salutatorian of his 1967 graduating class. His first job was flipping burgers at the local B&K Root Beer stand, and then pumping gas at Kail's Mobil at Exit 4 of Interstate 94.

Pete worked his way through college by working the midnight shift at a Mobil Oil service station in East Lansing, Michigan. He graduated from college in 1971 with High Honors, and a Bachelor of Science Degree in Mathematics, Physics and Chemistry from Michigan State University. Pete had planned to teach math and science in high school. However, managers at Mobil Oil recognized Pete’s determination and work ethic as he worked long hours to pay for his education, and offered him an entry level position with Mobil.

After training with Mobil for a year in Chicago, Pete was assigned a territory as a Marketing Representative in Grand Rapids, Michigan. He was then transferred and promoted frequently to assignments in Detroit; Philadelphia; Toledo; back to Philadelphia again; New York City; Los Angeles; Kansas City; Chicago; Washington, DC; and finally back to Philadelphia for a third time in 1991.

Pete was transferred around the country by Mobil a total of 17 times in twenty years. Each new position brought increased responsibilities, a bigger salary, and everything that came with them. After beginning his corporate career by managing a small sales territory, he eventually became responsible for such critical and diverse things as developing Mobil’s U.S. strategic planning, managing the company’s U.S. computer systems and data management operations, and directing Mobil’s worldwide credit operations.

It was during his third assignment in Philadelphia that he met fellow Mobil employee Dora Ferrer, and they married in November, 1993.

While Pete found his Mobil career to be rewarding, he was also becoming “burned out” by the demands of long hours, frequent travel, and having to produce increased results with fewer employees and resources lost due to cost-cutting. The company was “reorganizing and downsizing” almost every year, and each time Pete had to terminate many employees, many who had become friends of his over the years.

Pete was introduced to network marketing in 1989. He was intrigued by the concepts of leveraging his time and building residual income by helping other people do the same. He became involved with several different network marketing companies on a part time basis over the next several years. His goal was to supplement his and Dora’s income in the short term, with a long term goal of being able to replace their Mobil income and get out of the “corporate rat race”.

While Dora was not too sure about the validity of network marketing, she supported Pete’s efforts. Still working 60 and 70 hour weeks with Mobil, he worked his network marketing business on evenings and weekends and any other time he could find a spare moment. His results, however, were very disappointing. There always seemed to be one problem or another with the network marketing companies that Pete would choose to build a business with. There were either management problems, product problems, or the compensation plan just did not allow people to earn a fair return on their efforts.

"I felt like “roadkill on the network marketing highway”.

After disappointing experiences with five different network marketing companies, Pete finally decided in September, 1994 that he could never succeed in the business, and decided to stop wasting his time and money in network marketing. He said that he felt like “roadkill on the network marketing highway”.

A few weeks later, someone Pete had met during his network marketing debacles asked him to take a look at USANA. Pete politely declined. Not only was he burned out in his corporate career, he was completely disillusioned by network marketing and wanted no part of it. He was frustrated with his current situation and prospects for the future, and just wanted to be left alone.

However, Pete’s friend was “pleasantly persistent”, and Pete finally agreed, as a favor to his friend, to take a look at USANA. Pete had absolutely no intention of getting involved in network marketing again, and figured that if he told his friend that he had read the material about USANA that his friend would then leave him alone and never ask him about USANA again.

However, as Pete read about USANA on that day in October, 1994, he became increasingly interested in what the then two year old company had to offer. Pete saw USANA’s proven products which offered a true value to the consumer, whether or not they chose to participate in the compensation plan. He saw the power of USANA’s cellular compensation plan which allowed new people to start earning weekly commissions quickly, while also allowing associates to build their income to whatever level they desired over time. He also saw a well-managed company led by visionary scientist Dr. Myron Wentz, and supported by business leaders, athletes and other scientists.

Pete realized that he had finally found a network marketing company where all the “key ingredients” of product, compensation and management had come together in one place at one time. He figured that if he would ever realize his dream of building a full-time career in network marketing that USANA would be his vehicle to reach that dream. So, on October 27, 1994, with Dora’s somewhat reluctant blessing, Pete began their USANA career like everyone else, with three Business Centers and no one in their downline.

Over the next several months, Pete & Dora’s USANA business began to grow, slowly but surely. Their goal was to sponsor two or three associates every month and help them get started in building their USANA businesses. Their plan was working, and their USANA business and commission checks were growing. And, they were moving up the ranks, becoming USANA Silver Directors on March 24th, 1995.

Pete’s corporate career was going fairly well, too. Although the long hours and increasing workloads at Mobil continued, Pete continued to be on the list of managers who kept their jobs during the frequent waves of downsizing and cutbacks. In fact, Pete celebrated his 25th anniversary with Mobil the same month that he became a USANA Silver Director. Mobil threw an anniversary party on Pete’s behalf and even gave him a gold (plated) watch!

"I was given ten minutes to clean out my office of my personal effects."

Then things began to change quickly for Pete and Dora. On June 5th, 1995, Pete’s boss flew in from Mobil’s headquarters. At 9:00am that day, he thanked Pete for 25 years of service to Mobil, but regretted to tell him that Mobil was reorganizing yet again, and that this time there was no position available for Pete. He was “downsized” (fired). His boss also told Pete that he had ten minutes to remove his personal effects from his office, and that he could come back after business hours with a security guard if he realized that he had forgotten anything.

Immediately after the devastation and humiliation of losing his job after 25 years of service to the same company, Pete met Dora at a local restaurant. They let the events of the day soak in and talked about the future. Being the positive people that they are, Pete and Dora realized that as one door closes, another one opens. It wasn’t long before they decided that this was their golden opportunity to realize their dream of making USANA their full time career, and they haven’t looked back since that day in June of 1995.

Pete and Dora’s USANA business continues to grow steadily. They stuck with their plan of sponsoring an average of two or three new associates every month and advanced to Gold Directors on September 1st, 1995, less than one year after they joined USANA. By working closely with all of their USANA team members, as they continue to do to this day, their business began to flourish as they advanced to Ruby Director, Emerald Director, Diamond Director and their current level of 1-Star Diamond Director.

Pete and Dora have been USANA “Top 20” income earners for over fifteen years. They have been a member of USANA’s “Fortune 25”, and have been members of USANA’s Independent Distributor Council (IDC) for many years, serving as IDC Presidents for the 2003 – 2004 term. As USANA IDC members, they played a critical role in helping USANA emerge as one of the most formidable companies in the network marketing industry.

"Even more honors and recognition for Pete and Dora after 20 years with USANA."

In December, 2014, USANA recognized Pete and Dora, along with 40 other USANA distributorships as Inaugural Foundation Executive Diamond Directors. This exclusive group of people was selected out of over 290,000 USANA Associates in 19 countries for their business performance and service to USANA over the years.  Requirements for this honor included maintaining the rank of Diamond Director for 10 years or more, as well as earning over $100,000 per year in commissions for a minimum of 10 years.

USANA has become much more than a business for Pete and Dora. USANA has become their passion. They fully support Dr. Wentz’s vision and USANA’s mission, and take pride in the fact that they have played a role in helping thousands of people reach their personal and financial goals with USANA, and they continue to do so every day. Many of their training and business building concepts have been implemented on a corporate-wide basis.

Pete and Dora look forward to many more years of success in their USANA business, and are grateful that they how have an established legacy to pass on to their loved ones.

While they have achieved many milestones in USANA, Pete and Dora have no intention of “retiring” any time soon, and look forward to the opportunity to continue to share their knowledge and training with all new members of their USANA team. 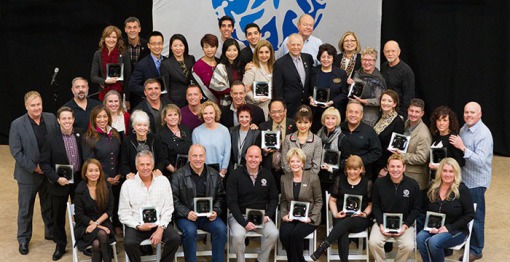 The earnings portrayed in this literature are not necessarily representative of the income, if any, that a USANA Associate can or will earn through his or her participation in the USANA compensation plan. These figures should not be considered as guarantees or projections of your actual earnings or profits. Any representation of guarantee of earnings would be misleading. Success with USANA results only from successful sales efforts, which require hard work, diligence, and leadership. Your success will depend on how effectively you exercise these qualities. 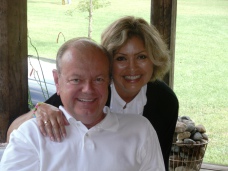